No Honour by Awais Khan 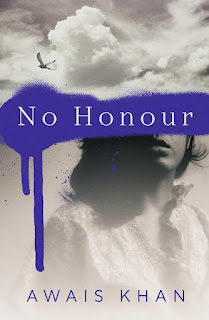 In sixteen-year-old Abida's small Pakistani village, there are age-old rules to live by, and her family's honour to protect. And, yet, her spirit is defiant and she yearns to make a home with the man she loves.

When the unthinkable happens, Abida faces the same fate as other young girls who have chosen unacceptable alliances - certain, public death. Fired by a fierce determination to resist everything she knows to be wrong about the society into which she was born, and aided by her devoted father, Jamil, who puts his own life on the line to help her, she escapes to Lahore and then disappears.

Jamil goes to Lahore in search of Abida - a city where the prejudices that dominate their village take on a new and horrifying form - and father and daughter are caught in a world from which they may never escape.

Moving from the depths of rural Pakistan, riddled with poverty and religious fervour, to the dangerous streets of over-populated Lahore, No Honour is a story of family, of the indomitable spirit of love in its many forms ... a story of courage and resilience, when all seems lost, and the inextinguishable fire that lights one young woman's battle for change. 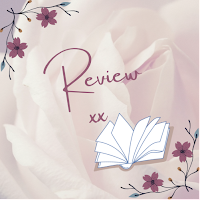 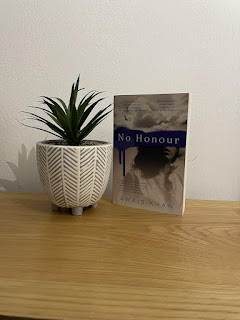 I grabbed this book on publication day, and put it on my shelf…. And it stayed there since. I have no idea why I didn’t pick it up sooner as I was glued to the pages. It came highly recommended by my friend Sarah, and she was bang on with how good it is.

I knew about honour killings, I think we’ve all heard about them. But this book gave me so much more knowledge on this awful tradition. Pakistan has the worlds highest rate of Honour Killings, and I just can’t believe this still happens, that some people think this is ok. It’s not ok.

The story is based on Jamil, and his daughter Abida. The book starts rough, and the first scenes really got to me, I cried and was heartbroken. Then we get to know Abida and her family a little, and see what happens to take her down the awful route of escaping the village. My heart was in my mouth so many times, there was one scene in specific where

I honestly thought it was a dream and turned out not to be.

Awais has written this book with so much compassion. You want to stop reading as it’s just awful what is happening, and not easy at all, but you want to keep going too as you just know Awais has done such a good job. The book is filled with so much fear, terror, and pain, but the love is something that sticks out so much. Jamil and her father have a beautiful relationship, and I pleaded for it all to work out for them.

If you haven’t read this, you need to. Such a brilliant book, full of twists and turns, emotion and heartbreak. 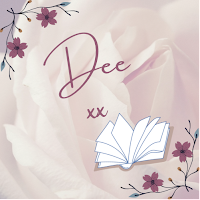