The Man Who Died Twice by Richard Osman

It's the following Thursday.

Elizabeth has received a letter from an old colleague, a man with whom she has a long history. He’s made a big mistake, and he needs her help. His story involves stolen diamonds, a violent mobster, and a very real threat to his life.

As bodies start piling up, Elizabeth enlists Joyce, Ibrahim and Ron in the hunt for a ruthless murderer. And if they find the diamonds too? Well, wouldn't that be a bonus?

But this time they are up against an enemy who wouldn't bat an eyelid at knocking off four septuagenarians. Can The Thursday Murder Club find the killer (and the diamonds) before the killer finds them? 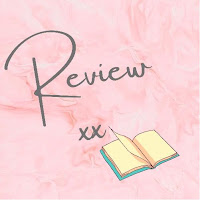 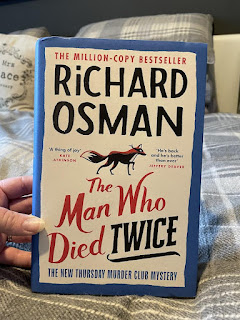 I received a copy of this from the publisher Penguin on Netgalley in return for an honest review.

I really enjoyed the first Thursday Murder Club so was very much looking forward to the next one. And it certainly didn’t disappoint. I even enjoyed this one a little better than the first!

The Thursday Murder Club are a fab bunch of folk. I would love to be friends with them, I can imagine the conversations and tea would be great. Joyce is by far my favourite character, she’s hilarious and made me laugh out loud a few times.

So in this book, Elizabeth gets a letter from someone important from her past, and her detective/MI5 intuitions jump up and she dives in head first to solving the situation. It’s so funny, and you read some of the situations like ‘what is she doing?!’, but you know it’s just Elizabeth being Elizabeth,and it works!

It’s so unreal that its brilliant, and I hope to whoever needs to be hoped to, that Richard Osman does another book. If you like fun reads, with some random twists, grab this book!

Thanks again to Penguin, and Netgalley for my ebook arc. 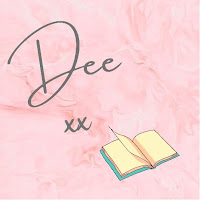