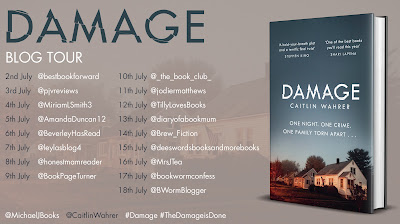 Tony has always looked out for his younger brother, Nick. So when he is called to a hospital bed where Nick is lying buttered and bruised after a violent sexual assault, his protective instincts flare and a white-hot rage begins to build.

As a small-town New England lawyer, Tony’s wife, Julia, has cases involving kids all the time. When Detective Rice gets assigned to this one, Julia feels Nick is in good hands. Especially because she senses that Rice, too, understands how things can quickly get complicated. Very complicated.

After all, one moment Nick was having a drink with a handsome stranger; the next, he was at the center of an investigation threatening to tear not only him but his entire family apart. And now his attacker, out on bail, is disputing Nick’s version of what happened.

As Julia tries to help her brother-in-law, she sees Tony’s desire for revenge—to fix things for Nick—getting out of control. Tony is starting to scare her. And before long, she finds herself asking: Does she really know what her husband is capable of?  Or of what she herself is? 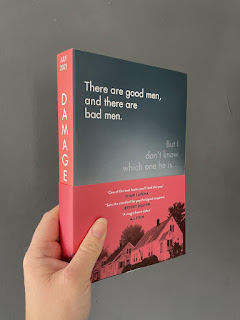 I was so happy to be asked to be on the blog tour for Caitlin’s book. I read this book a little while back on Netgalley and thoroughly enjoyed it. Thanks to Penguin Michael Joseph for my e-arc and my gorgeous physical proof! Make sure o check out the last few blogs on the tour!!

I really enjoyed this book. I wasn’t sure where it was going to go and it took a few turns before it got to the end, this was a good thing as it kept me guessing for a while!

The story is told from a few different points of view. There is Nick, Tony, Julia and Detective Rice. I really felt for Nick the whole way through the story. The first thing that caught my attention about this book was the male sexual assault storyline, it’s not something I think I remember reading in a book before. So this piqued my interest. Poor Nick, the trauma he endured and was going through afterwards was awful and my heart really went out to him.

Julia I liked, she is a strong woman and knows what she wants. She is Tony’s wife, and Nicks sister in law. Tony was a strange one. I liked his character and the caring nature behind him, but he was easy to snap. I can’t imagine I wouldn’t feel the same though, so I understand his anger and frustration. Detective Rice was one to figure out too, he seems sneaky and underhanded.

The story has so much hurt in it, sadness and love. It digs deep into relationships with marriage and family. I’d definitely read more from his author.

Thank again to Penguin Michael Joseph, and Caitlin Wahrer for my early copy of the book!