Just Ignore Him by Alan Davies

The story of a life built on sand. In the rain.

In this compelling memoir, comedian and actor Alan Davies recalls his boyhood with vivid insight and devastating humour. Shifting between his 1970s upbringing and his life today, Davies moves poignantly from innocence to experience to the clarity of hindsight, always with a keen sense of the absurd.

From sibling dynamics, to his voiceless, misunderstood progression through school, sexuality and humiliating 'accidents', Davies inhabits his younger mind with spectacular accuracy, sharply evoking an era when Green Shield Stamps, Bob-a-Job week and Whizzer & Chips loomed large, a bus fare was 2p - and children had little power in the face of adult motivation. Here, there are often exquisitely tender recollections of the mother he lost at six years old, of a bereaved family struggling to find its way, and the kicks and confusion of adolescence.

Through even the joyous and innocent memories, the pain of Davies's lifelong grief and profound betrayal is unfiltered, searing and beautifully articulated. Just Ignore Him is not only an autobiography, it is a testament to a survivor's resilience and courage. 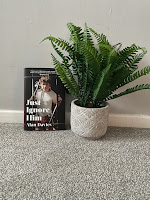 I got this as a birthday gift. It had been on my radar in the background since watching Alan talk about the book on Between the Covers with Sara Cox on TV. Honestly I didn’t look the book up after, haven’t been to a shop to pick it up and read the blurb, so I didn’t know a lot of what was in it. Alan talked about coping with the death of his mother at such a young age, his difficult relationship with his father, an I guessed life in the Davies home wasn’t great. But I didn’t expect anything like this. I’ve actually just stopped writing this to watch his part on the tv episode again.

The first chapter doesn’t ease you in, I was quite shocked and honestly put the book down for a little while after that one. Then I had to stop again after chapter 3 ‘Fingers’, which just drained me, I cried so much and my heart absolutely broke for Alan. To me that chapter was just so beautiful and touching.

There is a lot of sad heartbreaking stuff in this book, and I wouldn’t recommend you go into it without knowing to some extent what is going to be talked about. There is quite a bit on sexual abuse of a child, pornography and physical abuse, which is so hard to read at times, but also a lot of focus is on grief. It was these pieces that I told my husband were so much harder to read a times than the bits about the abuse. The grief Alan must have felt, and honestly reading chapter 3 makes you know just how much he misses her. If you can’t read the full book for any reason, try that one chapter, it’s so beautifully written.

I can’t stop thinking about this book and it’s been 2 days since I finished it. Hard to read but very raw and beautiful at the same time, If you can I’d recommend you read it. 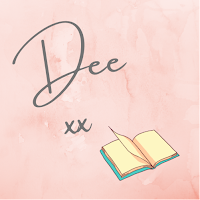