The Captive by Deborah O’Connor

He killed her husband, Now he’s living in her house...

Hannah is grieving the loss of her husband, a policeman who was brutally murdered. Jem was convicted of the crime. But under a new system he will serve out his twenty five year sentence in a cell in Hannah's house. There it is hoped he will learn the true cost of his terrible crime. But who is the real captive? Jem, whose whole world is now confined to a few square feet - or Hannah, whose responsibility it is to look after her husband's killer? As Hannah and Jem settle into their strange new situation, they begin to get used to their new routines. But then something happens. Jem tells Hannah he's innocent. He tells her something else too. That her husband had been lying to her. Before long, the relationship between Hannah and Jem begins to shift, as Hannah questions everything she thought she knew. But was Jem really wrongly convicted? Or is he simply a desperate man, willing to say and do anything that might grant his freedom?

I received a copy of this book from the publisher Bonnier Books/ Zaffre and Netgalley in return for an honest review.

I don’t know why I kept this one for so long on my Netgalley list, it was so intense!! 10% in and I was freaking out, didn’t want to go to sleep! I had lay in bed, in the dark reading that first 10% and if I hadn’t started to fall asleep I may have stayed awake reading more and being scared.

The idea behind the toy is amazing, can you imagine having to have someone live with you who had damaged your family in some way, murdered a loved one, caused harm to your children? Well for Hannah she has to do just this, her husbands murderer is placed in a cell built in her kitchen, to live out his prison sentence. I mean it’s crazy right! But wow does this book grip you!

The first half of the book was getting used to the characters, finding out all sorts of new information and becoming a detective yourself trying to work out the clues. The second half was so full of twists I honestly never knew what was going on.

I’d definitely recommend this one, and its made me want to check out Deborah’s other books!

Thanks again to Bonnier Zaffre and of course, as always, the author Deborah O’Connor 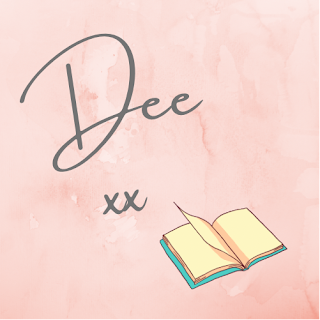