For When I’m Gone by Rebecca Ley 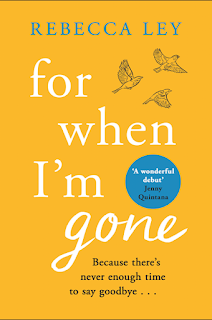 Sylvia knows she is running out of time. Very soon, she will exist only in the memories of those who loved her most and the pieces of her life she’s left behind.

So she begins to write her husband a handbook for when she’s one, somewhere to capture the small moments of ordinary, precious happiness I their married lives. From raising their wild, loving son, to what give heir gentle daughter on her eighteenth birthday - it’s everything she should have told him before it was too late.

But Sylvia also has a secret, one that she’s saved until the very last pages. And it’s a moment in her past that could change everything...

For When I’m Gone by Rebecca Ley

I received a copy of this from Orion Publishing group and Netgalley in return for an honest review.

So this book jumped onto my radar on Twitter, and I just knew it was going to be sad. One of my biggest fears has always been dying young and leaving my husband and children, thinking about having to leave them letters and cards for special birthday and weddings. It breaks my heart. We lost my Grandma to breast cancer almost 16 years ago now, she was my favourite person, and it still hurts so much. This book just broke my heart. I cried at least 4 times, and went to bed after finishing it still thinking about Sylvia and her family.

The cancer and death side of the story plays a huge part, obviously as it’s the main storyline, but there are other things going on. Each chapter moves back and forth from then and now, and has Sylvia’s Handbook chapters. Sylvias handbook chapters were really sad to read, but uplifting at the same time. She lists things she wants to make sure Paul still does once she is gone, and in her own way, it is giving him her permission to move on. In the ‘then’ chapters we find out a lot about Sylvia’s past, how she and Paul met, her family, and in a twist, a secret she has been keeping for a while. In the ‘now’ chapters, Sylvia has passed, and we see the heartbreaking way life has to go on for Paul and their 2 children.

The book for me, made me feel sad and happy in equal measures, but I guarantee By the time you get to the end I assure you, you will be weeping.

A great debut, and I look forward to reading more from Rebecca in the future. 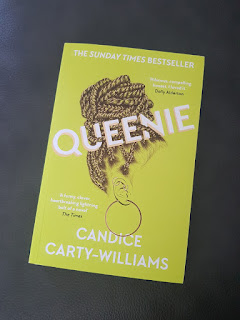 Queenie Jenkins is a twenty-five-year-old Jamaican British woman living in London,straddling two cultures and slotting neatly into neither. She works at a national newspaper, where she’s constantly forced to compare herself to her white middle class peers. After a messy break up from her long-term white boyfriend, Queenie seeks comfort in all the wrong places…including several hazardous men who do a good job of occupying brain space and a bad job of affirming self-worth.

As Queenie careens from one questionable decision to another, she finds herself wondering, “What are you doing? Why are you doing it? Who do you want to be?”—all of the questions today’s woman must face in a world trying to answer them for her.


I’ve had Queenie sitting on my shelf since well before lockdown, and I can’t believe I didn’t read it sooner.  I went into this one thinking it would possibly be a light hearted read, but instead found it filled with sadness and heartache.

Poor Queenie, she seems like kind of girl I'd want to be friends with. She's so down to earth and friendly, but is so lonely since Tom left her. She finds solace in the comfort of other mens beds (not always beds actually) and they're always the wrong kind of men, a bunch of dicks (literally). I just wanted to reach into the book, grab her and hug her.

It wasn't all sad though, with a good handful of laugh out loud moments, a few inside giggles, and a brilliant Jamaican family around her, Queenie was actually still quite an uplifting book.

Her best friend Kyazike sounded right up my street, the type of girl who takes no crap from anyone, and is always there when you need a friends. Queenie’s Grandma was one of my favourite characters though, a strong, old ways set Jamaican lady, who knew what she wanted and when she wanted it. It was really nice to learn new things about different backgrounds.

Queenie has thrown herself towards the top of my best books of 2020 (possibly ever) list. If you haven’t already read it, why the hell not?! 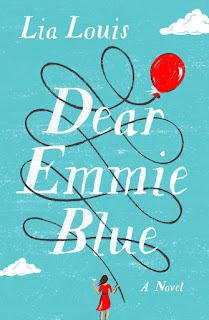 A long time ago, Emmie Blue released a red balloon with a secret message hidden inside - and against all odds, across hundreds of miles of ocean, it was found on a beach in France by a boy called Lucas.

Fourteen years later, on the eve of her thirtieth birthday, Emmie hopes Lucas in finally about to kiss her. She never expected him to announce he was marrying someone else!

Suddenly Emmie’s dreams are shattered and the one person she can rely on is slipping rough her fingers. But what if Lucas isn’t her forever? What if her love story is only just beginning...

I received a copy of this ebook from Netgalley and Orion Publishing in return for an honest review.

Emmie releases a balloon With a note and her email address attached to it, she is feeling very lonely after something bad happens. It’s found by a boy a long way away in France, luckily a boy who has just moved there from London, and they even share the same birthday! The story follows both Emmie and Lucas, and Lucas’ brother Eliot, whilst jumping from different years to the present day. We see past birthdays they’ve shared together, mixed tapes Lucas sent Emmie once they found each other, and their present day lives. 🎈

I loved Emmie, she seems so lovely, a kind girl who is always there for her friend, and he indeed has her heart. So when she finds out is he getting married, she of course is heartbroken. She deals with this in such a way I don’t think I ever could, which made me love her even more. Along with dealing with all of this, there is a lot of other stuff going on for Emmie, which just adds more upset in her life. But there is happiness, and it’s found in the most unlikeliest of places, in more people than one.

This book is a story of love, friendship, Bon Jovi (mostly Jon), sadness and heartbreak, but most of all, hope. 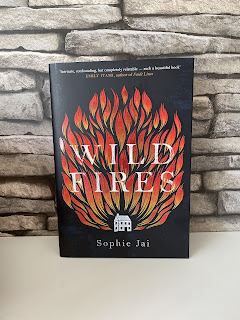